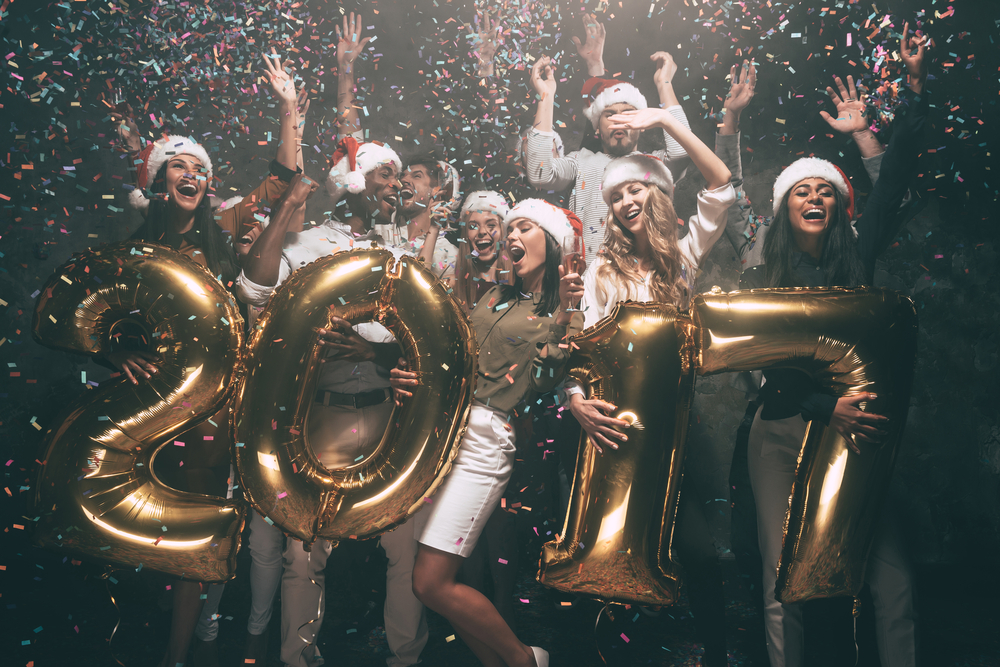 “I plan on going to the gym three times a week.”

“I am going to put my time and energy into meeting someone special this year – to put work on the back burner, and focus on my love life.”

These are all examples of New Year’s resolutions that I have written down over the years on the night of December 31st, and then, by the time January 5th came along, I was back to my old habits and routines – working too much with no time for socializing, not eating the proper foods, and my gym pass was nowhere to be seen.

Why is it that New Year’s Eve comes around and finally we say, “I want to change this or that and will start fresh on January 1st?” I mean, what’s so special about January 1st? Why does the New Year mean that’s the only time to set new goals?

Many of us seem to over glorify New Year’s Eve, which actually just puts added pressure on ourselves to stay committed. “Goals set because people feel they should make them tend to be pressure-filled, unrealistic and less likely to be accomplished.”

Which reminds me of a story…

About 10 years ago, I got the opportunity at a work function to hear Canadian Olympic Gold Medalist Swimmer, Mark Tewksbury speak about goal setting. It was probably the most impactful speech I had ever heard at the time.

Mark was the Canadian athlete, who in 1992 “burst out of the water at the Barcelona Olympics following the come-from-behind victory in the 100-meter backstroke” and it was there, he broke the Olympic record.

During his speech at our work event, he shared that when you are as fast as an Olympian to shave off a tenth of a second off their time sometimes could take years. And despite seeing no change, when you are dedicated to your craft, you need to be committed to doing the work without seeing immediate results.

In my mind, I was thinking…I can’t even imagine this – spending years doing the work, and not seeing results?

For me, I mean if I set a goal to lose 2 pounds in a week on a Monday, and if Thursday came around and I saw no change on the scale, I usually gave up and grabbed that bag of potato chips, which defeated all the work I did on Monday, Tuesday, and Wednesday.

He shared that it was his coach that told him to write down his goals but to be as specific as possible; writing down the exact time he wanted to win the race. At the time, Mark did not understand the significance of this but listened to his coach and every day, after practicing for about 6-7 hours per day, wrote down the exact time he wanted to win the backstroke in 53.98 seconds. His coach told him to write it down in a journal as if the goal had already happened. “I have won the 100-meter backstroke in 53.98 seconds.”  He needed to visualize it happening.

Well lo and behold, he did win Gold at the Olympics for this race in the exact time he had written down as his goal.

After hearing this speech, I went home that night and bought a journal. What started off as a routine of writing down my goals briefly, turned into a nightly ritual where I almost wrote for 45 minutes, detailing exactly what I wanted my goal to look like. I was basically writing the story of what my life would look like and visualize it happening. If there were nights that I fell asleep while writing, I made sure, before my feet hit the floor in the morning, I completed my goals for the day.

For me, I wrote down four specific things I wanted to change:

Six months later, within the span of a week, all four things happened to me. I reached my goal weight, was offered an amazing job, moved into a new apartment, and started dating someone special. Now, that might have been a very big coincidence, but I like to believe it had something to do with my new daily ritual.

The thing was I was focused on my goals every day; they were in the forefront of my mind, and I took action every day to make sure they would happen. And surprisingly, they all materialized.

But let’s get real…I am not saying it was easy. Some days were harder than others to stay motivated; but by focusing on the positive outcome of how I would feel when I reached my goal, what it would look like when I accomplished it, and how my life would be different than it was that day, made it easier to stay committed.

I used the SMART Goal Technique. “SMART is an acronym that you can use to guide your goal setting.”

Which reminds me, don’t plan for perfection. “People who succeed focus on progress, not perfection, and plan for the inevitable slip-up.” Changing behaviours is hard.  We all try to be perfect but changing behaviours is not a straight line. You need what I call a Relapse Prevention Plan. It’s a plan that you develop ahead of time before you relapse, as to what are you going to do when you screw up? In my Carolyn Talks, How to Make Change Stick – I discuss this in more detail and go over the five stages of change that you need to consider to make a change stick.

Today is December 13, 2016, so please join me…and let’s start setting our goals and working on them together NOW, and not wait until New Year’s Eve.

If you need a little inspiration, remember this golden nugget, “A way to get started is to quit talking and begin doing” Walt Disney.

For additional tips on goal setting, check out our blog post, Visualizing Your Way to Success to learn more about common visualization techniques to guide you on a path to success!

Now, it’s your turn: what are some tips you use to set and realize your goals?